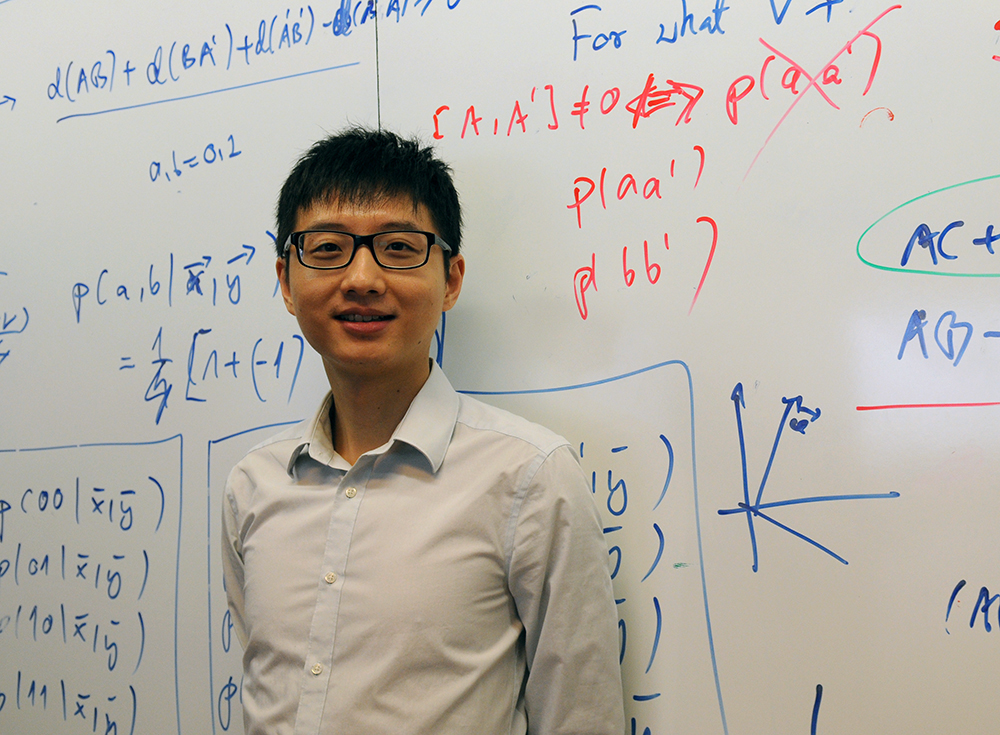 Dai Jibo, selected to attend the 2016 Lindau Nobel Laureate meeting, completed his PhD at CQT in 2015 and is now a Research Fellow at the Centre.

CQT researcher Dai Jibo is one of 402 young scientists invited to attend the 66th Lindau Nobel Laureate Meeting in July 2016 in Germany. The week-long scientific and social programme will hold many opportunities for delegates to interact with Nobel laureates and each other.

"I am thrilled," says Jibo. "This is a once-in-a-lifetime opportunity to hear from the Nobel laureates about their careers and be inspired by their stories. I am also looking forward to interacting with my peers, sharing aspirations and making friendships."

This year's meeting is dedicated to physics and so far has 30 Nobel Laureates confirmed as attending.

Jibo's invitation follows a lengthy application process, first at the national and then international level. Singapore's National Research Foundation (NRF) coordinated nominations from Singapore. "I was already very happy to have been nominated by the National Research Foundation because there are so many good scientists here. I feel very privileged," says Jibo. He learned on 1 March that he had made the international cut.

The Lindau meeting website says "Applicants who have successfully mastered the application process undoubtedly represent the emerging generation of leading scientists and researchers."

Jibo moved to Singapore from China when he was 15 to take up an educational scholarship. He studied physics at NUS as an undergraduate, then joined the CQT PhD programme. He completed his PhD in 2015 with a thesis on "Experimental Entanglement Witness Family Measurement and Theoretical Aspects of Quantum Tomography" supervised by Berge Englert. He is now working as a theorist in the group of Valerio Scarani.

Despite his success in research so far, Jibo says that he felt "shy and uncertain at first" about applying to attend the Lindau meeting. "Valerio was very encouraging," he says.