Congratulations to our doctors!

Eight CQT PhD students were formally awarded their doctoral degrees at the National University of Singapore's commencement ceremony on 15 July. CQT wishes them every success in their next adventure.

"We are proud of these young researchers. CQT graduates have not only knowledge but also inquisitive minds, and we are sure they will put both their expertise and their brainpower to good use," says Artur Ekert, CQT's Director.

Find details of all graduating students below. 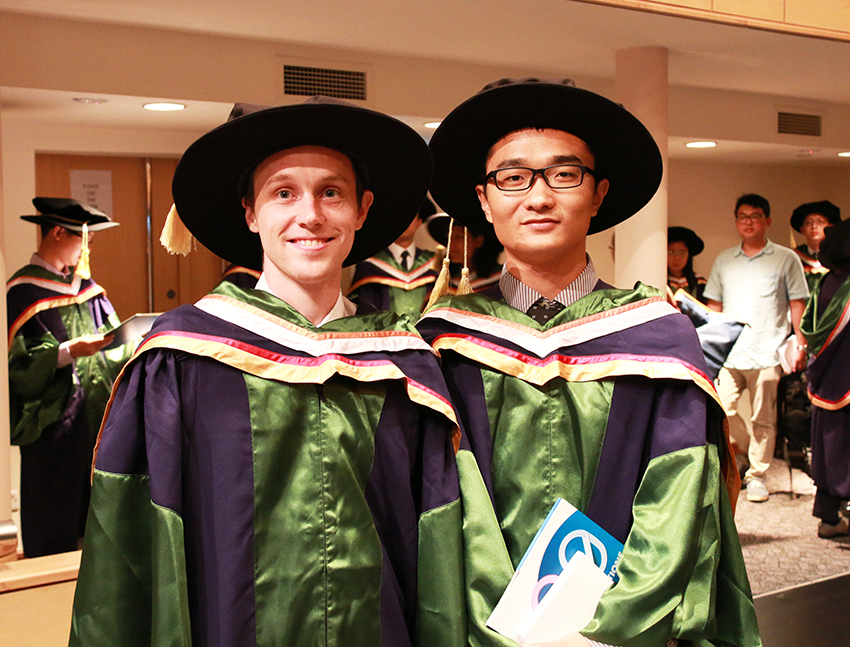 Pictured at the NUS commencement ceremony to collect their doctoral degrees are Nick Lewty (left) and Shang Jiangwei (right), two of eight CQT students graduating in 2014. The quote by Confucius appears on the wall of the Unviersity Cultural Centre where the ceremony was held.