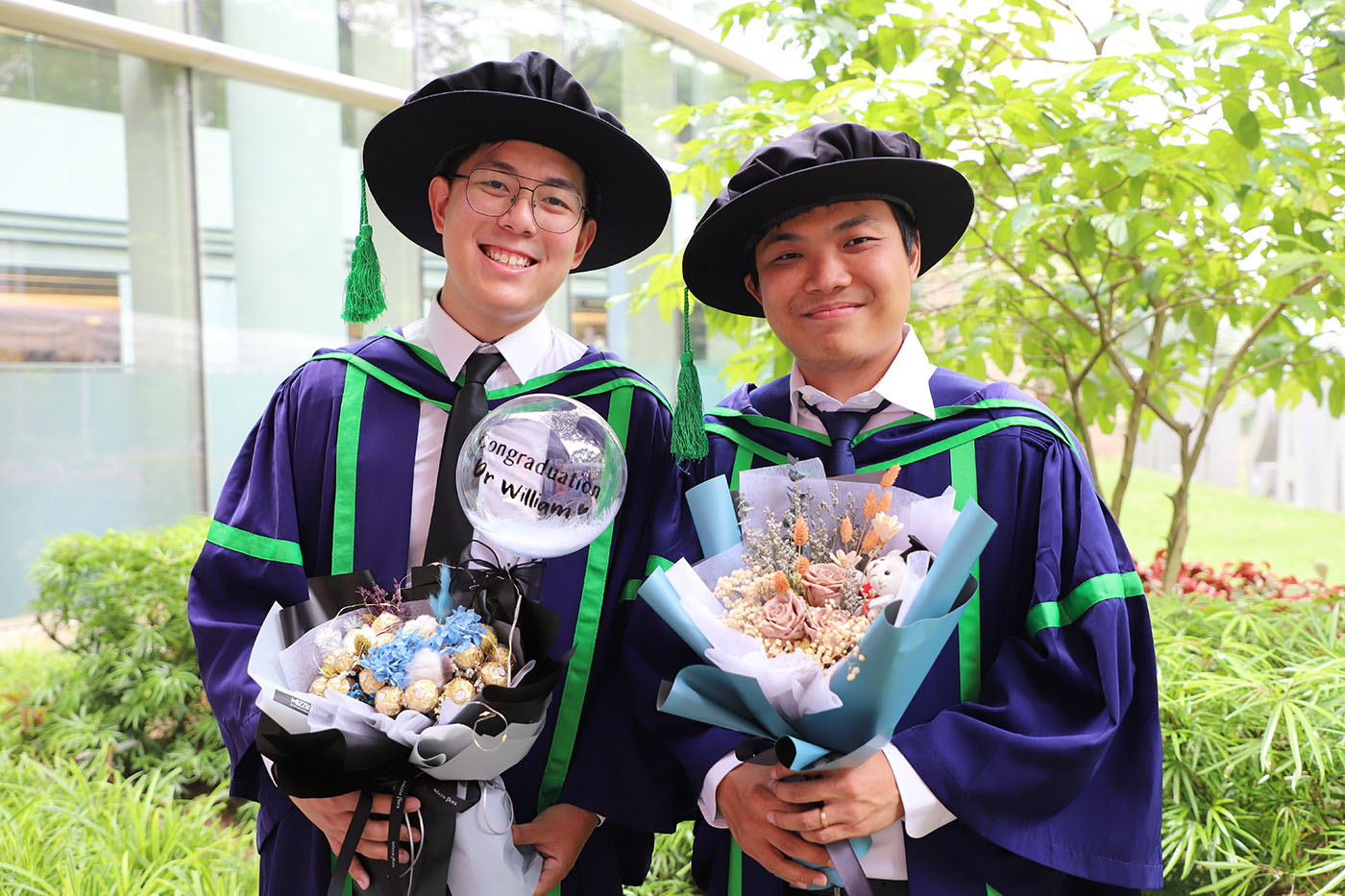 This year, CQT celebrates eight PhD students completing the centre’s graduate programme. They were officially awarded their doctoral degrees at the National University of Singapore’s commencement ceremony on 13 July.

During their time at CQT, the students contributed to projects across research areas including quantum communications, quantum computation and quantum simulation. For example, Shi Yicheng was part of a CQT team that performed the first demonstration of entanglement-based quantum key distribution (QKD) over 10km of commercial fibre in Singapore.

Our graduates now move into new roles, and some of them will continue in research in CQT. Adrian Nugraha Utama is staying on as a Research Fellow in the group of Christian Kurtsiefer to work through new ideas and plans he thought of while working on his thesis on atom-photon interactions. Ignatius William Primaatmaja and Yang Anbang have also accepted postdoctoral positions at CQT.

Meanwhile, other graduates have ventured overseas. Kishor Bharti has moved to the United States to become a postdoctoral scholar at the Joint Center for Quantum Information and Computer Science, a partnership between the University of Maryland and the National Institute of Standards and Technology, and Srijita Kundu has moved to the Institute for Quantum Computing at the University of Waterloo, Canada, as a postdoctoral fellow.

We congratulate all our graduates and wish them every success.

Find a full list of this year's graduates and their thesis titles below. To read the theses, go here.