The Quantum Engineering Science and Technologies Symposium (QuESTS) was supported by the Embassy of France in Singapore to foster collaboration between experts from the two countries. 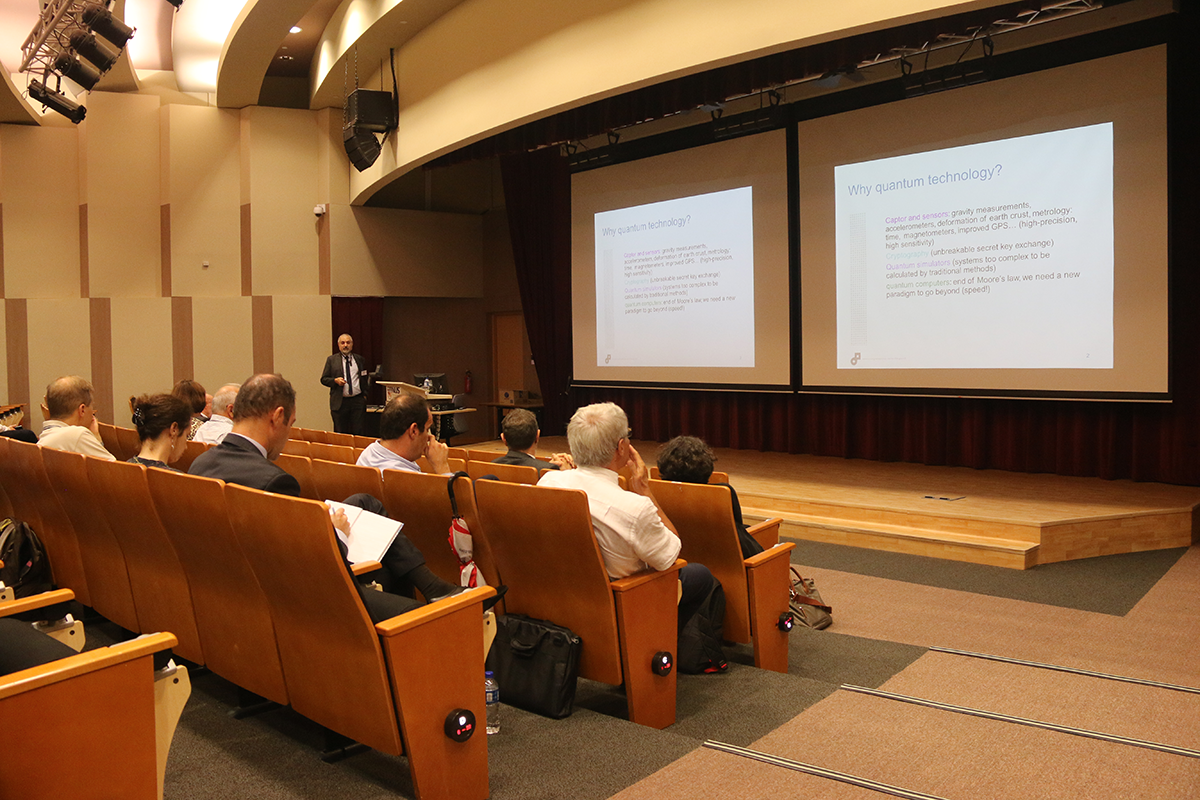 French physicist Paul Indelicato, Deputy Director of the Cabinet of the French Ministry of National Education, Higher Education and Research, spoke about planning for the European € 1 billion flagship in quantum technologies.

The Quantum Engineering Science and Technologies Symposium (QuESTS) held 14–18 November was in tune with a global trend: research into quantum technologies is expanding into engineering, as scientists' increasing control over quantum systems requires ever more sophisticated tools.

The meeting was supported by the Embassy of France in Singapore to bring together experts from the two countries. This was through a grant from the Merlion Program administered by the Institut Français Singapour.

Other supporters of the event included CQT, the NUS Department of Physics and the Majulab, an international joint research unit in Singapore of the French national research organisation CNRS.

"Since we had the idea for the symposium two years ago, the European Commission has announced a €1 billion quantum technologies flagship. It became very timely," says Christian Miniatura, Director of the MajuLab.

The framework for Europe's flagship programme is under discussion in Europe. Prominent French physicist Paul Indelicato, Deputy Director of the Cabinet of the French Ministry of National Education, Higher Education and Research, presented an update at QuESTS.

Delegates at the meeting also heard from George Loh, Director (Programmes Directorate) at the National Research Foundation (NRF), Singapore about local support for quantum technologies. NRF, along with Singapore's Ministry of Education, provided the core funding that established CQT in 2007.

Organisation of QuESTS was led by Kwek Leong Chuan, a CQT Principal Investigator, and Alexia Auffeves a CNRS researcher based at the Institute NEEL in Grenoble. "There have always been some collaborations between France and Singapore in quantum science, engineering and technology. This workshop aims to foster greater synergy between the two countries, particularly between institutes in Grenoble and Singapore," says Kwek.

QuESTS is planned to be the first in a series. The next event is proposed to be a school for local and international students on quantum technologies with light. This is slated to happen over two weeks in January 2018.