The article at a glance: the 60-page review of "Bell nonlocality" in Reviews of Modern Physics generates this word cloud. 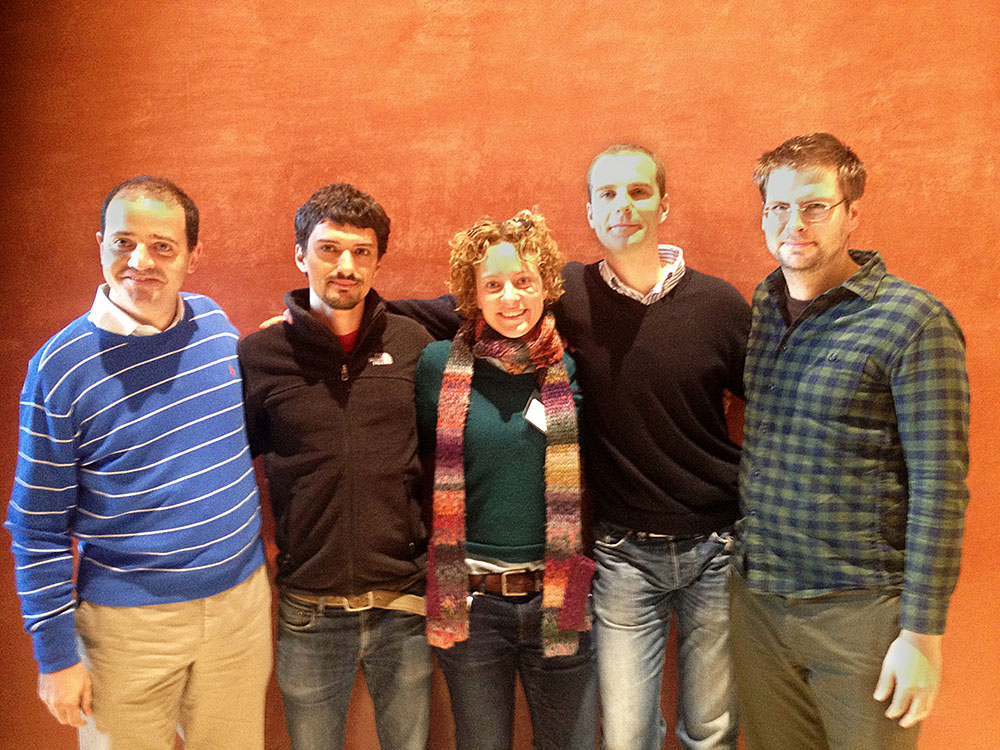 CQT researchers are among the authors of a 60-page review article on Bell's theorem published in the April-June issue of Reviews of Modern Physics. "Bell's theorem has deeply influenced our perception and understanding of physics, and arguably ranks among the most profound scientific discoveries ever made," the authors write.

Bell's theorem is named after John Bell. He was a physicist at CERN when, in 1964, he showed that the predictions of quantum theory are at odds with a 'local' picture of the universe. Quantum theory predicts that particles sharing quantum entanglement will behave in a coordinated way. Bell showed that this coordinated behaviour cannot be explained by any pre-existing properties of the particles.

His observation raises a fundamental question: how can two entangled particles, which could hypothetically be sent to opposite sides of the universe, still act in sync? Such behaviour, impossible to simulate in the absence of communication between the particles, is described as 'nonlocal'.

The article provides a resource on concepts and mathematical tools developed to describe and study nonlocality as defined by Bell's theorem. The counterintuitive property of nonlocality underpins various proposals for quantum computing and quantum communication.

"The review has been welcomed by the community," says Valerio Scarani, a CQT Principal Investigator and one of five authors on the paper. "It is the first time there has been a review of Bell that is not about philosophical questions. We just say ok, given that things are like this, what can we do?" The review focuses on progress from the past 15 years or so.

Many papers, and other reviews, have explored what nonlocality means. This review concentrates instead on technical, practical questions: How can one show that the measurement statistics of a given experiment are nonlocal? How can one derive Bell inequalities in a systematic way? Which entangled states violate these inequalities, and which ones do not? Can quantum nonlocality be exploited for information processing, and if yes how? How should one design the best experimental test of quantum nonlocality, etc.?

The article runs to 60 pages with 460 references. It is aimed at researchers active in the field and young researchers seeking in-depth knowledge. Valerio, who teaches a graduate course on Bell inequalities, notes that the review covers material concisely. "What I do in 20 pages in my lecture notes is done here in 2 columns!" (So, for a more gentle introduction, see those lecture notes: arXiv:1303.3081)

Nicolas Brunner at the University of Geneva and Stefano Pironio of the University Libre de Bruxelles in Belgium coordinated the writing of the review. The CQT authors were Valerio, Stephanie and Daniel Cavalcanti, who is now at the Institute for Photonic Science (ICFO) in Barcelona, Spain. The review took the researchers around two years to complete and covers even the most recent developments, "some of them happening while this review was being written," as the authors note.