A preview from CQT's annual report for 2012, for which Serge Haroche contributed these reflections on his research and life beyond physics.

Serge Haroche, Chair in Quantum Physics at the College de France, won a share of the Nobel Prize in Physics 2012. Before the prize was announced, CQT had invited him to contribute to the Centre's 2012 annual report. This was after he delivered his prestigious College de France lecture series in Singapore this year. We are pleased to make this interview available in advance of our annual report. 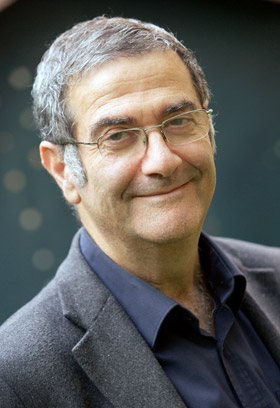 An animated explanation of the gist of Serge Haroche's Nobel Prize-winning work by MinutePhysics.

Why did you become a physicist?

I have always loved math and science and, as for many things one loves, it is hard to rationalise why. If I must give an explanation though, let me say that I was in high school at the time of the first Sputniks and unmanned lunar explorations. I was fascinated by the fact that Newton's law, with some simple math that I could already grasp, could account for the velocity of satellites and of rockets escaping from the Earth's gravitational field. When I entered Ecole Normale Supérieure, I definitely knew that I would become a physicist. What made me choose atomic physics were encounters with charismatic professors working in this area, at a time when the development of the laser opened extraordinary perspectives for this kind of physics.

What would you pick as the scientific highlights of your career so far?

Observing the decoherence of a quantum field prepared in a state superposition, a system known as a 'Schrödinger cat', has certainly been a highlight, as well as the non-destructive detection of photons. These are goals I pursued with my coworkers for many years before experiencing the exhilarating feeling of seeing them realised in the laboratory.

Serge Haroche was awarded the Nobel Prize in Physics 2012 "for ground-breaking experimental methods that enable measuring and manipulation of individual quantum systems". He comments specifically on his prize and the research conditions that enabled it in The secrets of my prizewinning research" published in Nature. There he argues for the importance of long-term funding for curiosity-driven research.

What are your current research goals?

We are presently working on quantum feedback and on quantum Zeno experiments. Feedback procedures adapted to the quantum world are designed to protect microscopic systems from decoherence, which transforms them into entities with mundane classical properties. As for the quantum Zeno experiments, they exploit the fact that the evolution of a quantum system can be frozen if you observe it repeatedly. This effect is named after the famous Greek philosopher who denied the possibility of motion. In quantum physics, the Zeno effect is a consequence of the back action by the measuring apparatus, which always perturbs the observed system. This back action, which is often seen as a limitation, can also be used positively to manipulate quantum systems and to control their states. We have proposed novel ways to do that and now we want to demonstrate them in the laboratory.

You are a master experimenter. What skills do you think have been important to your success?

I am leading a research group with outstanding experimenters as colleagues and coworkers. So, my first skill — if you want to call it a skill — is to have been lucky enough to attract these good people and to have been able to keep such a highly skilled group together over the long time span which is essential for the kind of physics that we are doing.I have always felt that it is important to assign oneself goals which are ambitious enough to motivate your work in the long run, and realistic enough that you can collect intermediate results. Our group has worked in this way, balancing long term projects with easier-to-realize experiments which have provided the bread and butter of our daily life as experimenters. To be successful at this game, you have to be at the same time flexible and determined. Flexible enough to adapt your research goals to the problems you may encounter and determined enough not to give up your long term goals in the face of difficulties.

"To be successful at this game, you have to be at the same time flexible and determined."

What are you most excited about in the field for the future?

The field of atomic physics and quantum optics has renewed itself time and again since I entered in physics! What we can do now was absolutely beyond imagination at that time. We can manipulate and observe single atoms, cool matter to incredibly low temperatures, explore ultrafast phenomena occurring during less than a single period of a light field oscillation... None of this could have been predicted at the time the first lasers were developed. What I find so exciting about research is precisely this unpredictability. Theoretical advances lead to technological breakthroughs which, in turn, allow us to explore new phenomena which require more theory and so on. This leads us from surprise to surprise, and the excitement comes from the fact that Nature has always more diversity in store for us than we can fathom. So what I am most excited about is the promise that the field will be full of surprises again in the years to come.

Do you have any advice for young researchers?

Choose a field and a research topic because you feel excited by it, not merely because it is fashionable. Working in research is difficult and demanding, so you definitely need to feel from the start a passion for what you are doing. And also, do not get discouraged by the amount of things you have to learn to get started in research. As one of my masters told me, in order to make an interesting contribution to research, you need not to know everything, you need only to discover one thing that nobody has known before!

On Singapore, and life beyond physics

How did you make a connection with Singapore?

My first visit was about three years ago. I was invited to give a general audience conference sponsored by the French embassy here. The initiative came from my colleague Christian Miniatura, who manages the cooperative program between CQT and the French national research organization, CNRS. So far I've been back twice more; this year I gave a College de France lecture series. Since my first visit, I have been struck by the strong commitment of the Singapore society to education and to science. There is in your small country a strong belief that developing scientific research helps to build a better future.

The organization of research is much simpler in Singapore than in France. The French academic system is a very old one, with several intertwined structures created in the course of history and surviving together, sometimes competing with each other. This complexity does not make for simple procedures when scientists have to apply for funding or when foreign students have to figure out how to get into the system when they want to come and study in France, to give only these two examples. Once this complexity has been understood and overcome though, the system works and very good research is carried out, notably with the help of the CNRS which employs full time scientists working in university laboratories. In Singapore, the research system has been built from scratch in a much simpler way, with a clear correspondence with the efficient anglo-saxon organization. It seems simpler here to hire scientists, to apply for research money and to attract foreign students. This year you gave a prestigious "College de France" lecture series in Singapore. How was that experience? What if any differences did you notice in the students between Singapore and France?

It was a very interesting and fruitful experience. At College de France in Paris, you are supposed to give a new lecture series each year, without the possibility of repeating. By teaching abroad to a new audience, I was able to use the material from my lectures in Paris last year and to improve them by correcting the pedagogical mistakes I may have made the first time. I had also to adjust to a new kind of audience. In Paris, the public is mixed, with young students and postdocs attending together with older people, even retired professors or engineers. The lectures are public and attending them does not give any credit. In Singapore, the students were on average younger and some of them were attending the lectures as part of their course enrolment. This made them somewhat more reactive than the Paris audience. They asked on average more questions and the experience was very stimulating.

Last year CQT signed a collaboration agreement with CNRS and other partners. What do you think it will do to help research in Singapore and/or France?

I think that any agreement which facilitates the exchanges of researchers between different countries in a specific field is fruitful, especially when there is already a tradition of excellence in this field on both sides, as is obviously the case in quantum information in France as well as in Singapore.

One thing you are likely to have noticed on your visits to Singapore is how much people here love their food. Do you have a favourite Singapore dish or place to eat?

I love the mix of cuisines you find in Singapore, with a special fondness for Chinese cooking. My wife and I have enjoyed very tasty dim sums in a small restaurant off Market Street in Chinatown where mostly local people were patrons. I unfortunately misplaced the card of the restaurant and forgot its name. I don't think this is the place for advertisement anyway... We also enjoyed the sophistication of the international cuisine and fusion food you can find in Singapore. We have kept a wonderful recollection of an outstanding restaurant whose owner and cook was a former physicist. We had there an outstanding dinner with my CQT colleague Berge Englert and his wife.

How do you spend your time when you are not doing or thinking about physics?

I love all forms of visual art and I love history, passions that I share with my wife who accompanied me in my two last visits to Singapore. We go to museums and to exhibitions as often as we can. I have kept a wonderful memory of our last visit to the Asian Civilization Museum in Singapore where we saw the exhibit of a treasure recovered from an ancient shipwreck. It showed magnificent Tang ceramics and gold vessels which were carried from China to Basrah by an Arab merchant ship in the ninth century. Here, art and history mixed together in a remarkable way.